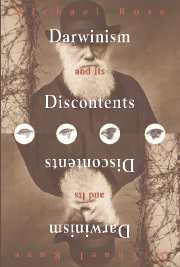 Darwinism and its Discontents