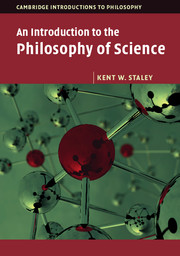 An Introduction to the Philosophy of Science

Part of Cambridge Introductions to Philosophy

Experience the eBook and associated online resources on our new Higher Education website.