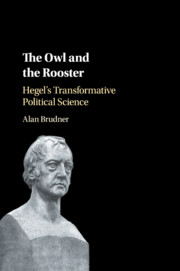 The Owl and the Rooster
Hegel's Transformative Political Science