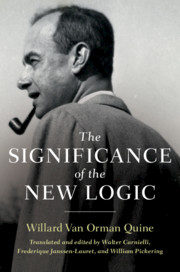 The Significance of the New Logic