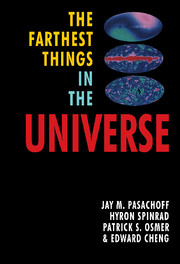 The Farthest Things in the Universe