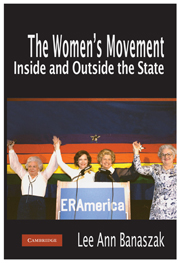 The Women's Movement Inside and Outside the State