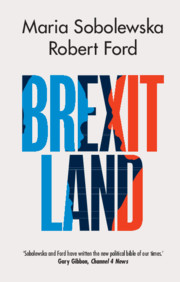 Brexitland
Identity, Diversity and the Reshaping of British Politics