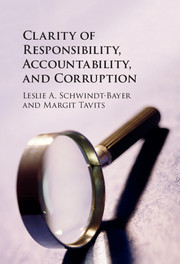 Clarity of Responsibility, Accountability, and Corruption