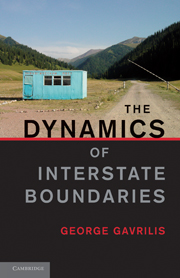 The Dynamics of Interstate Boundaries