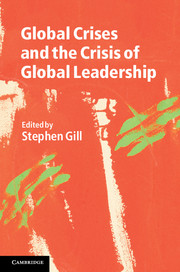 Global Crises and the Crisis of Global Leadership