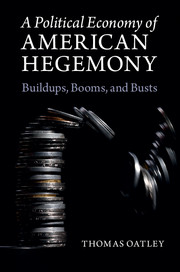 A Political Economy of American Hegemony
Buildups, Booms, and Busts