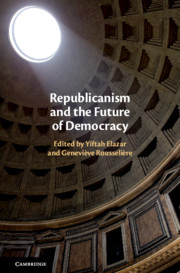 Republicanism and the Future of Democracy