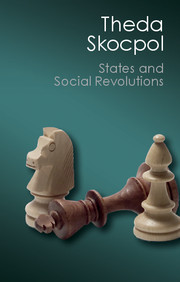 States and Social Revolutions
A Comparative Analysis of France, Russia, and China