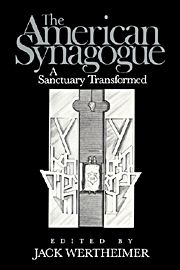 The American Synagogue
A Sanctuary Transformed