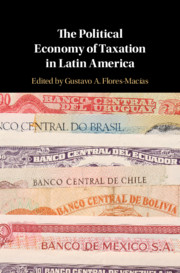 The Political Economy of Taxation in Latin America