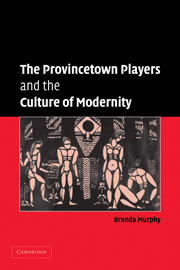 The Provincetown Players and the Culture of Modernity