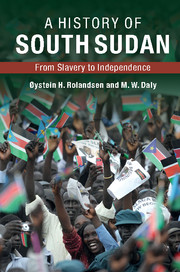 A History of South Sudan
From Slavery to Independence