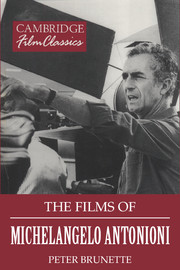 The Films of Michelangelo Antonioni