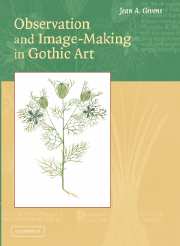 Observation and Image-Making in Gothic Art