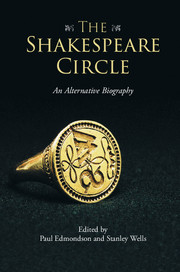 The Shakespeare Circle
An Alternative Biography

A tour of Stratford-upon-Avon with the editors of The Shakespeare Circle: An Alternative Biography