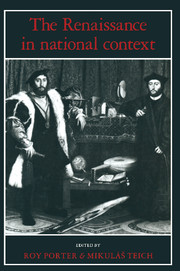 The Renaissance in National Context