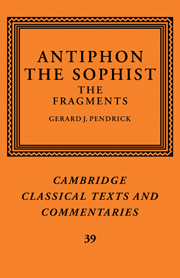 Antiphon the Sophist
The Fragments