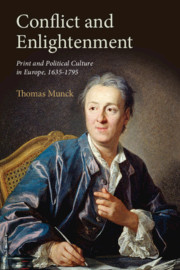 Conflict and Enlightenment
Print and Political Culture in Europe, 1635–1795

Looking for an inspection copy?

This title is not currently available on inspection