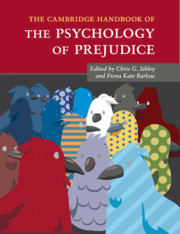 28 - Identification with All Humanity: The Antithesis of Prejudice, and More

from Part III - Prejudice Reduction and Analysis in Applied Contexts

Late one night in the winter in 1940, in the small French village of Le Chambon, a shivering Jewish woman knocked on the door of André and Magda Trocmé, the local Lutheran minister and his wife. She was fleeing from the Nazis and desperate for food and shelter. Magda quickly took her in, fed her, and started thinking how to help her. The woman needed false identification papers and a place to hide. Across the next few weeks, Magda and André talked with their parishioners and neighbors, and soon the entire village was providing refuge for fleeing Jews. Some were smuggled to safety in Switzerland. Others were given false identities and hidden on nearby farms. Many were children. Despite a murderous Gestapo raid that killed several members of the community, across the next four desperate years Magda and André led Le Chambon in saving about 3,500 Jews from the Holocaust. When André was arrested and pressed to name all the Jews he had helped, he responded, “We do not know what a Jew is; we only know human beings” (Trocmé, 2007, p. vii).

In the 1980s and 1990s, psychologists conducted several interview studies of those who rescued Jews during the Holocaust, often comparing them to bystanders and Nazi perpetrators. Like the Trocmés, rescuers commonly believed that all human beings belong to one human family. One rescuer, interviewed by Samuel and Pearl Oliner, said it this way, “I had always considered all people regardless of their nationality, ethnic origins or race, religion, and so on, as members of one great family: mankind” (Oliner & Oliner, 1988, p. 157; see also Monroe, 1996).

This volume is about prejudice. But in sharp contrast to prejudice against those of a different race or religion, these rescuers cared deeply for all humanity and risked their own lives to save them. I have studied the structure of generalized prejudice (e.g., McFarland, 2010a), including its negative effects on concern for humanity and human rights (e.g., McFarland & Mathews, 2005). Reading about these rescuers, however, suggested that to help overcome prejudice, a focus is also needed on its opposite, on the sense that, as the rescuer said, we are all “members of one great family.”