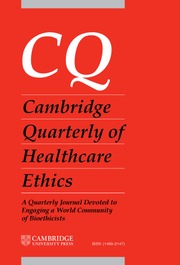 Common understandings of neuroethics, that is, of its distinctive nature, are premised on two distinct sets of claims: (1) neuroscience can change views about the nature of ethics itself and neuroethics is dedicated to reaping such an understanding of ethics, and (2) neuroscience poses challenges distinct from other areas of medicine and science and neuroethics tackles those issues. Critiques have rightfully challenged both claims, stressing how the first may lead to problematic forms of reductionism whereas the second relies on debatable assumptions about the nature of bioethics specialization and development. Informed by philosophical pragmatism and our experience in neuroethics, we argue that these claims are ill founded and should give way to pragmatist reconstructions; namely, that neuroscience, much like other areas of empirical research on morality, can provide useful information about the nature of morally problematic situations, but does not need to promise radical and sweeping changes to ethics based on neuroscientism. Furthermore, the rationale for the development of neuroethics as a specialized field need not to be premised on the distinctive nature of the issues it tackles or of neurotechnologies. Rather, it can espouse an understanding of neuroethics as both a scholarly and a practical endeavor dedicated to resolving a series of problematic situations raised by neurological and psychiatric conditions.

The writing of this article was supported by a career award from the Fonds de recherche du Québec–Santé (ER) and a grant from the Canadian Institutes of Health Research and Fonds de recherche du Québec–Santé in collaboration with ERANET: NEURON (ER). We would like to thank Sonja Chu for helpful feedback on a previous version of this manuscript and for editorial assistance.

2. In this article, we have used the expression “neuroscience of morality” to refer to what many authors describe as a “neuroscience of ethics” (Roskies, A. Neuroethics for the new millenium. Neuron 2002;35:21–23CrossRefGoogle ScholarPubMed), including some of our previous writing. The reason is that the term “ethics” more appropriately designates an academic field or discipline, and the “neuroscience of ethics” is sometimes misinterpreted as taking this discipline as its object (Racine, E, Dubljevic, V, Jox, RJ, Baertschi, B, Christensen, JF, Farisco, M, et al. Can neuroscience contribute to practical ethics? A critical review and discussion of the methodological and translational challenges of ethics. Bioethics 2017;31(5):328–37CrossRefGoogle Scholar). However, it is more accurate to understand the neuroscience of ethics as referring to a “neuroscience of morality,” because the neuroscience of ethics does not investigate ethics per se but rather the domain of morality such as moral judgments, moral emotions, moral intuitions, and moral behavior. This distinction also helps to state that, from a pragmatist standpoint, the empirical or scientific understanding of morality (with the help of neuroscience, psychology, anthropology, or sociology) is crucial for the task of ethics, but it does not replace the projective and deliberative nature of ethics as an empirically informed effort to resolve morally problematic situations and seek resolution in action.

6. Churchland, PS. The Engine of Reason, the Seat of the Soul: A Philosophical Journey into the Brain. Cambridge, MA: Bradford Books/MIT Press; 1995.Google Scholar

50. Racine, E. Identifying challenges and conditions for the use of neuroscience in bioethics. The American Journal of Bioethics - Neuroscience 2007;7:74–6.CrossRefGoogle ScholarPubMed

56. Dewey, J. The Quest for Certainty: A Study of the Relation of Knowledge and Action. New York: Milton, Balch & Company; 1929.Google Scholar

73. Stent, GS. The poverty of neurophilosophy. Journal of Medicine and Philosophy 1990;15:539–57.CrossRefGoogle ScholarPubMed

74. Macintyre, A. What can moral philosophers learn from the study of the brain? Philosophy and Phenomenological Research 1998;58:865–9.CrossRefGoogle Scholar

104. Gieryn, TF. Boundary-work and the demarcation of science from non-science: Strains and interests in professional ideologies of scientists. American Sociological Review 1983;781–95.CrossRefGoogle Scholar