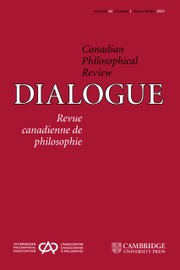 I maintain that among the main views concerning the central questions of epistemology (in particular, the question of justified belief) are evidentialism, (Pyrrhonian) scepticism and fideism. In this paper, I first present the arguments in favour of a form of evidentialism, according to which no false belief can be epistemically justified on the basis of evidence. Second, I consider the historical emergence of evidentialism during the period of the early Enlightenment. In particular, I explore the disagreement between Pierre Bayle and Jean-Pierre de Crousaz, which demonstrates the emergence of the modern opposition between evidentialism and fideism.