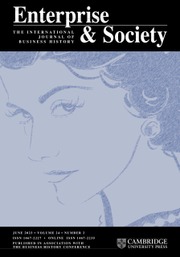 In the late 1940s and early 1950s, millions of theatergoers, students, and industrial workers saw one or more animated short films, shot in Technicolor and running eight to nine minutes, that were designed to build public support for the principles and practices of free enterprise. The Alfred P. Sloan Foundation quietly funded the production of this series of cartoons, titled Fun and Facts about American Business, through multiple grants to industrial animation house John Sutherland Productions via Harding College, an evangelical college in rural Arkansas that would become known nationally for its anti-communist and conservative political activism. This article examines the creation and distribution of the Fun and Facts films in the years 1946 through 1952 as a notable case of ephemeral film and as an example of the Cold War public relations movement known as “economic education.” Further, the article examines the consequences of economic education as a conceptual category on the production and distribution of Cold War industrial propaganda.