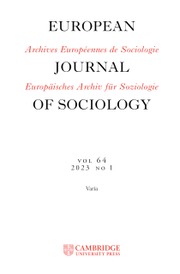 Definitions of insanity and the treatment of those identified as mentally ill have been more obviously subject to changes in social values and ideas of individual responsibility than any other category of clinically recognised illness. These changes have exercised a significant influence upon the relationship of psychological to physical medicine and, inter alia, the status of psychiatry as a scientific and authoritative source of medical treatment and social labelling. The present trend towards the integration and expansion of psychiatry within general and community medicine has resulted in the increasing involvement of psychiatry in the problems of social life. A wide spectrum of deviant and socially disturbing behaviour, previously considered largely as legal or moral problems, is now seen and treated as a symptom of illness and explained in medical terms.

(7) In support of this view, critics of psychiatry have advanced a number of related, though not necessarily shared objections against the premises, methodology and practices of institutional psychiatry. One of the most radical and widely quoted critiques, which rejects the ontological basis of mental illness tout court, has been formulated by Szasz, T. in The Myth of Mental Illness (New York, Harper and Row, 1961)Google Scholar. In a similar vein, see also Sarbin, T. R., On the Futility of the Propo- sition that some People be Labelle ‘Mendtally Ill’, J. of Consulting Psychology, XXI (1967), 447–453CrossRefGoogle Scholar, and Leifer, R., In the Name of Mental Health (New York, Science House, 1969)Google Scholar. Others, whilst not rejecting outright the relevance of the concept of ‘mental illness’ to all psychological disorders, have criticised attempts to generalise its application to an unlimited diversity of social problems: see, for example, Wootton, B., Social Science and Social Pathology (London, Allen and Unwin, 1959)Google Scholar; Dunham, H. Warren, Community Psychiatry: the newest therapeutic Bandwagon, Current Issues in Psychiatry, I (1967), 289–302Google Scholar, and Wagenfeld, Morton O., The Primary Prevention of Mental Illness: a sociological perspective, Journal of Health and Social Behaviour, XIII (1972) 195–203CrossRefGoogle Scholar. In addition, there is a thir d group of critics identified as the ‘anti-psychiatrists’ who reject the methodological assumptions and positivist practices of orthodox psychiatry. The work of R. D. Laing is prominent here; see for example, The Divided Self (London, Tavistock Publications, 1959)Google Scholar and The Politics of Experience and The Bird of Paradise (Harmondsworth, Penguin Books, 1967)Google Scholar. A further elaboration of this perspective is offerred by Cooper, David in Psychiatry and Anti-Psychiatry (London, Tavistock Publications, 1967)Google Scholar.

(9) Andrew Scull, From Madness to Mental Illness: medical men as moral entrepreneurs, in this issue.

(10) The phrase the “medical model” will be used for convenience throughout this paper. However, as we shall see, it is mis-leading to assume the existence of only one model of insanity in psychiatry.

(11) The following, necessarily condensed account, draws freely upon the literature of psychiatric research and, in particular, upon Sir Aubrey Lewis's highly respected appraisal of the field. Lewis most clearly articulates the main tenets of a medical model of illness in his seminal paper, Health as a Social Concept, BJS, IV (1953), 109–124Google Scholar. The views expressed there are developed and elaborated in his later publications, which include The State of Psychiatry and Inquiries in Psychiatry (London, Routledge and Kegan Paul, 1967)Google Scholar.

(23) The terms ‘sociopathic’ and ‘psychopathic’ personality are particularly open to wide abuse. A cautionary comment on the limitations of these labels is included in Redlich, Frederick C. and Fbeed-man, Daniel X., The Theory and Practice of Psychiatry (New York, Basic Books, 1966), pp. 392–395Google Scholar.

(27) The general concept of disease is rarely explicitly discussed in medical literature. It has, however, been the subject of interest in the philosophy of science. This account of the basic features of the concept is largely indebted to King, L. S., What is Disease? Phil, of Set., XXI (1954), 193–203Google Scholar.

(29) For a more detailed discussion of the nature of clinical inference, see: Feinstein, A. R., Clinical Judgement (Baltimore 1967)Google Scholar.

(34) The legal definition of insanity as a defence to a criminal charge was esta- blished by the case of R. v. Daniel M'Naghten. This, and subsequent interpretations of what became known as the “M'Naghten Rules”, are discussed in Turner, J.W.C. and Armitage, A.L., Cases on Criminal Law (Cambridge University Press, 1964), pp. 91–117Google Scholar.

(36) The implications of this basic principle of legal reasoning are fully discussed by Habt, H.L.A., Punishment and Responsibility: essays in the philosophy of law (Oxford, Clarendon Press, 1968)Google Scholar.

(40) The axiomatic nature of legal and moral rules is illustrated and discussed by Wootton, B., The Law, the Doctor and the Deviant, Brit. Med. J., II (1963), 197–202Google Scholar, and Leifer, R., The Psychiatrist. and Tests of Criminal Responsibility, Amer. Psychologist, XIX (1964), 830–835Google Scholar. The same point is made by Evans-Pritchard, E. E. in discussing witchcraft accusations amongst the Zande in Witchcraft, Oracles and Magic among the Azande (Oxford, Clarendon Press, 1937), esp. pp. 74–75Google Scholar.

(41) The social consequences of the havoc caused by insanity in interpersonal relations and the dynamics of containment are analysed in detail by Goffman in his essay, “Insanity of Place”.

(42) The use of ambiguous and inconsistent concepts in maintaining order and coherence in social life is discussed by Gellner's, E. Concepts and Society, in The Transactions of the Fifth World Congress of Sociology, 1962Google Scholar.

(43) This comparison has been drawn by anthropologists on numerous occasions; however, see, in particular, Horton, Robin, African Traditional Thought and Western Science, Africa, XXXVII (1967), 50–71 and 155–187CrossRefGoogle Scholar. Although Horton does not discuss mental illness in detail, much of his analysis of the similarities between scientific and traditional systems of thought applies in this particular context.