International Journal of Law in Context 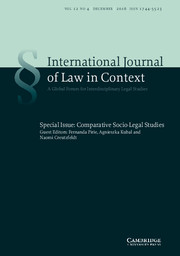