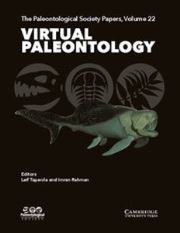 Mesozoic and Cenozoic evolution of predators involved a series of episodes. Predators rebounded rather rapidly after the Permo-Triassic extinction and by the Middle Triassic a variety of new predator guilds had appeared, including decapod crustaceans with crushing claws, shell-crushing sharks and bony fish, as well as marine reptiles adapted for crushing, smashing, and piercing shells. While several groups (e.g., placodonts, nothosaurs) became extinct in the Late Triassic crises, others (e.g., ichthyosaurs) survived; and the Jurassic to Early Cretaceous saw the rise of malacostracan crustaceans with crushing chelae and predatory vertebrates—in particular, the marine crocodilians, ichthyosaurs, and plesiosaurs. The late Cretaceous saw unprecedented levels of diversity of marine predaceous vertebrates including pliosaurids, plesiosaurs, and mosasaurs. The great Cretaceous-Tertiary extinction decimated marine reptiles. However, most invertebrate and fish predatory groups survived; and during the Paleogene, predatory benthic invertebrates showed a spurt of evolution with neogastropods and new groups of decapods, while the teleosts and neoselachian sharks both underwent parallel rapid evolutionary radiations; these were joined by new predatory guilds of sea birds and marine mammals. Thus, although escalation is sometimes cast as an ongoing “arms race,” in actuality the predatory record shows long interludes of relative stability puncturated by episodes of abrupt biotic reorganization during and after mass extinctions. This pattern suggests episodic, but generally increasing, predation pressure on marine organisms through the Mesozoic-Cenozoic interval. However, review of the Cenozoic record of predation suggests that there are not unambiguous escalatory trends in regard to antipredatory shell architecture, such as conchiolin and spines; nor do shell drilling and shell repair data show a major increase from the Late Mesozoic through the Cenozoic. Most durophagous groups are generalists, and thus it may be that they had a diffuse effect on their invertebrate prey.