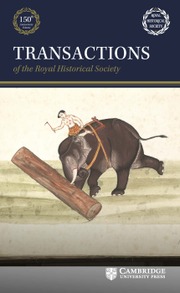 THE USES OF FOREIGNERS IN MAO-ERA CHINA: ‘TECHNIQUES OF HOSPITALITY’ AND INTERNATIONAL IMAGE-BUILDING IN THE PEOPLE’S REPUBLIC, 1949–1976

This paper focuses on the inner workings of Mao-era China's ‘foreign affairs’ system (waishi xitong): the complex, comprehensive web of bureaucracy woven after 1949 to monitor and control Chinese contact with the outside world. It explores one of the channels along which the People's Republic between 1949 and 1976 tried to project international, soft-power messages beyond conventional diplomatic channels: the inviting of so-called ‘foreign guests’ (waibin) on carefully planned tours around China, often with all or at least some expenses paid. Earlier accounts of this hospitality have evoked a machine of perfect control, carefully judged to manipulate visitors and rehearsed to ensure flawless performances by Chinese hosts. Using memoirs and Chinese archival documents, the paper discusses the attitude of top-level leaders to such visits, the way in which trips were prepared and planned, and the successes and weaknesses of the system. It argues that the People's Republic of China's hosting programme had a domestic as well as an international purpose. Although foreigners were the official target (and indeed, Maoist China's ‘techniques of hospitality’ garnered some rich international political dividends) the government also used the preparation for and execution of hosting duties to underscore at home the triumph of the revolution.

1 I would like to thank several people who commented on this paper and helped with materials: especially Thelma Lovell (for extensive and invaluable assistance with Italian and German-language sources, and for insights on the European engagement with Maoist politics and culture), Matthew Johnson, Li Jigao, Jiang Tao, Yao Shuyi, You Lan, Robert Macfarlane and Michael Schoenhals. I wish to thank also the audience of the Royal Historical Society for their constructive and stimulating comments when this lecture was delivered on 10 May 2014. I am especially grateful for a Philip Leverhulme Prize which enabled me to visit China and obtain materials for this paper which are unavailable in the UK.

4 For twentieth-century China's preoccupation with international ‘face’ as represented by sporting achievements, see Brownell, Susan, Training the Body for China: Sports in the Moral Order of the People's Republic (Chicago, 1995)Google Scholar; Guoqi, Xu, Olympic Dreams: China and Sports, 1895–2008 (Cambridge, MA, 2008)Google Scholar. For an exploration of the literary dimensions of this search for global prestige, see Lovell, Julia, The Politics of Cultural Capital: China's Quest for a Nobel Prize in Literature (Hawai’i, 2006)Google Scholar.

7 Maclaine, Shirley, You Can Get There From Here (New York, 1975)Google Scholar.

8 Lisa Foa, ‘Perché fummo maoisti: la Cina è un giallo’, Limes (1995), 237–8. Jon Rognlien, the scholar of Norwegian Maoism, confirms this view: interview by author, Skype (Cambridge and Copenhagen), 3 Feb. 2014. For an almost exclusively light-hearted take on the engagement with Maoism by French youth of the late 1960s and early 1970s, which again emphasises the playful, imagined nature of this enthusiasm, see Miller, Gerard, Minoritaire (Paris, 2001), 76–123Google Scholar. He writes, for example: ‘It's impossible to understand the passionate interest in China that thousands of French teenagers of my generation felt if you imagine that we were in love with the idea of the iron fist. Quite the contrary: what dazzled us about Mao was his spirit of mischief, his insubordination. . .To me, Mao's China at the end of the 1960s was much more “olé-olé” [than the doctrines of the Trotskyites]. . .[D]uring these years there was frankly nothing better to do in France than to be enraged; and nothing better for the enraged than to be Maoist’ (79, 80, 97).

10 Over the past two decades, a plethora of memoirs of Mao-era China published in English, often focused on the political and xenophobic extremism of the Cultural Revolution, has powerfully influenced non-specialist understandings of this period of history: the best known and most successful has probably been Jung Chang's Wild Swans (1991).

11 Consider, for example, the rich secondary literature on the engagement with Maoist politics and culture within individual countries, particularly India, Nepal, Peru and France: Banerjee, Sumanta, In the Wake of Naxalbari: A History of the Naxalites Movement (Calcutta, 1980)Google Scholar, and India's Simmering Revolution (New Delhi, 1984); Adhikari, Aditya, The Bullet and the Ballox Box: The Story of Nepal's Maoist Revolution (London, 2014)Google Scholar; The Shining Path of Peru, ed. David Scott Palmer (1992); Wolin, The Wind from the East; and Davis, Belden, ‘French Maoism’, in The 60s without Apology, ed. Syres, Sohnyaet al. (Minneapolis, 1984), 148–77Google Scholar.

12 Paul Hollander, Political Pilgrims: Travels of Western Intellectuals to the Soviet Union, China and Cuba 1928--1978 (Oxford, 1981). As another example, consider Tom Buchanan's thorough but unilateral account of the links between China and British leftists, in East Wind: China and the British Left, 1925–1976 (Oxford, 2012), and a review by Qiang Zhai (a prominent archival historian of Chinese foreign relations during the Cold War) expressing reservations about the one-sided nature of Buchanan's treatment: ‘Buchanan's treatment would have been fuller if it had incorporated some coverage of Chinese reception and manipulation of the British Left. Buchanan would have presented his readers with an international history if he had examined how the Chinese, both the Nationalists and Communists, used foreigners, including the British Left, to “sell” their images and win international endorsement abroad.’ Available at: http://www.h-net.org/reviews/showrev.php?id=36957 (accessed 12 Jan. 2015).

13 See, for example, Archie Brown, The Rise and Fall of Communism (2010); Robert Service, Comrades: Communism, a World History (2008); David Priestland, The Red Flag: Communism and the Making of the Modern World (2010). Of these three general histories (all of which are sound and informative), Priestland's book is probably the most expansive in perspective.

14 See Cheng, Yinghong, ‘Beyond Moscow-Centric Interpretation: An Examination of the China Connection in Eastern Europe and North Vietnam during the Era of De-Stalinization’, Journal of World History, 15.4 (Dec. 2004), 487–518CrossRefGoogle Scholar. For the early findings of an exciting forthcoming book on Soviet and Chinese competition for influence in the Third World, see Friedman, Jeremy, ‘Soviet Policy in the Developing World and the Chinese Challenge in the 1960s’, Cold War History, 10.2 (2010), 247–72CrossRefGoogle Scholar.

18 Anne-Marie Brady, The Friend of China: The Myth of Rewi Alley (2002), and Making the Foreign Serve China: Managing Foreigners in the People's Republic (Lanham, 2003).

21 This department's archives have not been declassified, and the prospects for access at present seem non-existent. In 2013, an official history of the organisation was published: Zhongguo gongchandang duiwai jiaowang 90 nian (A history of the Chinese Communist Party's interactions with the outside world over the past ninety years), ed. Wang Jiarui (Beijing, 2013).

68 For a discussion of the role played by the CCP in brokering the alliance between Sihanouk and the Khmer Rouge, see for example Philip Short, Pol Pot: The History of a Nightmare (2005). On the economic relations between mainland China and Democratic Kampuchea, see Mertha, Andrew, Brothers in Arms: Chinese Aid to the Khmer Rouge, 1975–1979 (Ithaca, 2014)CrossRefGoogle Scholar, and Kiernan, Ben, The Pol Pot Regime: Race, Power and Genocide in Cambodia under the Khmer Rouge, 1975–79 (New Haven, 2008)Google Scholar.

69 BMA 102–001–00190 (1961), ‘Zhongdian waibin zaijing canguan’ (The visits of VIP foreign guests to Beijing). For a discussion of the Indonesian coup of Sept. 1965 and the anti-communist, anti-Chinese purge that followed it, see Roosa, John, Pretext for Mass Murder: The September 30th Movement and Suharto's Coup d’État in Indonesia (Madison, 2006)Google Scholar.

76 Matthew Rothwell, for example, describes how, in later memoirs and interviews, several Latin American visitors of the 1950s and 1960s felt that it was possible to escape their hosts and have unscripted encounters in Chinese cities. Personal communication and Transpacific Revolutionaries: The Chinese Revolution in Latin America (Abingdon, 2013).

85 Consider, for example, Selden, Mark, The Yanan Way in Revolutionary China (Cambridge, MA, 1971)Google Scholar; Mirsky, Jonathan, ‘China after Nixon’, in The Annals of the American Academy of Political and Social Science, 402 (July 1972), 83–96CrossRefGoogle Scholar; Committee of Concerned Asian Scholars, China! Inside the People's Republic (New York, 1972); Friedman, Edward, ‘The Innovator’, in Mao Tse-tung in the Scales of History, ed. Wilson, Dick (Cambridge, 1977), 300–21Google Scholar. Friedman, Mirsky and Selden all later underwent significant, even dramatic, changes in their assessment of Mao-era China (in particular, of the Great Leap Forward and the Cultural Revolution) when access to China increased somewhat after Mao's death. Examples of their later, far more critical, judgements can be found in Jonathan Mirsky's post-Mao journalism for publications including the Times, the Spectator, the New York Review of Books and in Friedman, Edward, Pickowicz, Paul and Selden, Mark, Chinese Village, Socialist State (New Haven, 1991)Google Scholar.

88 See Chen, Mao's China and the Cold War for a discussion of the ways in which Mao used foreign policy to achieve domestic objectives, especially mass mobilisation.

THE USES OF FOREIGNERS IN MAO-ERA CHINA: ‘TECHNIQUES OF HOSPITALITY’ AND INTERNATIONAL IMAGE-BUILDING IN THE PEOPLE’S REPUBLIC, 1949–1976
×

THE USES OF FOREIGNERS IN MAO-ERA CHINA: ‘TECHNIQUES OF HOSPITALITY’ AND INTERNATIONAL IMAGE-BUILDING IN THE PEOPLE’S REPUBLIC, 1949–1976
×

THE USES OF FOREIGNERS IN MAO-ERA CHINA: ‘TECHNIQUES OF HOSPITALITY’ AND INTERNATIONAL IMAGE-BUILDING IN THE PEOPLE’S REPUBLIC, 1949–1976
×
×