Skip to main content Accessibility information
Your report has been sent to the administrator of the site for moderation.

We use cookies to distinguish you from other users and to provide you with a better experience on our websites.

Learn more about our Privacy Notice ... [opens in a new tab]

Back to Art
search

Courtyard Housing around the World: A Cross-Cultural Analysis and Contemporary Relevance 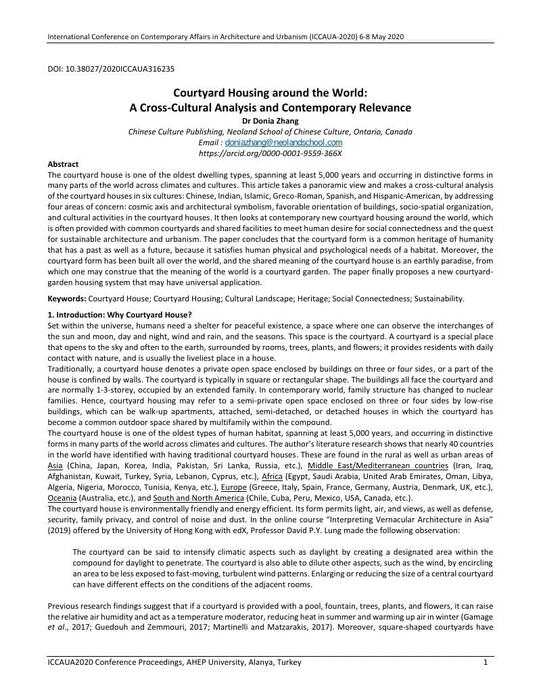 download asset ICCAUA316235_Dr_Donia_Zhang_Full_Paper_2020_5_6.pdf 1 MB [opens in a new tab] cloud_download
pdf : 1 MB
We are encoding your file so that it is compatible across browsers, depending on file size and type this may take some time.

This content is an early or alternative research output and has not been peer reviewed at the time of posting.

This paper has won a Best Paper Award by the Organizing Committee of the 3rd International Conference of Contemporary Affairs in Architecture and Urbanism (Certificate Number: ICCAUA2020BAW17)

How to submit
Browse
Events
About us
BROUGHT TO YOU BY