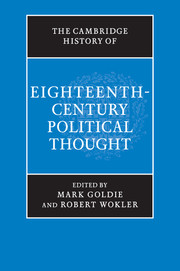 13 - The early Enlightenment debate on commerce and luxury

The spectre of luxury

A spectre was haunting the modern world, wrote the Neapolitan Ferdinando Galiani in 1751, the spectre of ‘luxury’. It ‘wanders among us never seen in its true light, or recognised for its efficacy and it, perhaps, never occurs to the virtuous‘. It was akin to the idea of ‘terrestrial happiness’, but ‘no-one knows or dares to say’, Galiani grumbled, ‘what luxury might properly be’ (Galiani 1977, p. 214). Denis Diderot was in a similar quandary. Defining the term in the Encyclopédie, he called for a ‘discussion among those who show the most discrimination in their use of the term luxury: a discussion which has yet to take place, and which even they cannot bring to a satisfactory conclusion’ (Diderot 1755, v, p. 635). The article on ‘Luxury’, published in 1762, and written by the marquis de Saint Lambert, was asmuch a summary of the luxury debates of the first half of the eighteenth century as an attempt to resolve them. The purpose of this chapter is to present the work of eight important contributors to these debates in France and Britain before 1748, the year of publication of Montesquieu’s Spirit of the Laws, that supplied Saint Lambert with the resources he needed to try to say what luxury actually was.

As Saint Lambert presented it, luxury was not merely an economic phenomenon, but the central moral and political issue of modernity. The standard definition of luxury’ was excessive individual consumption (Butel- Dumont 1771), but Saint Lambert followed the definition of V´eron de Forbonnais (the author of the articles Commerce’ and Agriculture’ and the original assignee for Luxury’): [Luxury] is the use men make of wealth and industry to assure themselves of a pleasant existence’ (Forbonnais 1754, p. 221; Saint Lambert 1965, p. 202).