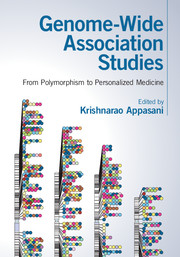 Body mass index (BMI), the ratio of body weight to height squared, is the most commonly used index of adiposity and the diagnostic criterion for obesity, a leading risk factor for type 2 diabetes, cardiovascular disease, cancer, and premature death (WHO 2000; Zimmet et al., 2001). Approximately half of BMI is heritable (Hemani et al., 2013), and unraveling the specific genetic variation that contributes to this heritability is vital for understanding the biological mechanisms that regulate adiposity. Despite the evident heritability of BMI, identification of BMI-increasing genetic loci has long been unsuccessful. This has been largely due to our limited knowledge of the underlying molecular pathways and of the architecture of the human genome, as well as small, insufficiently powered studies (Li and Loos, 2008). The implementation of the genome-wide association study (GWAS) approach has dramatically increased the speed of gene discovery for BMI. Since 2006, more than 100 novel BMI loci have been identified, providing valuable novel insights into the biological pathways and molecular mechanisms that lead to the development of obesity. In this chapter, I will review these recent discoveries and discuss their biological and public health implications.

Discovery of more than 100 novel loci in GWAS of BMI

The first GWAS of BMI, published in 2006, included 694 participants of the Framingham Heart Study and identified a common variant in the INSIG2 gene to be associated with BMI (Herbert et al., 2006). The INSIG2 variant was not, however, confirmed at the genome-wide significant statistical thresholds that are applied today, and subsequent large-scale studies have not been able to replicate the findings (Dina et al., 2007; Loos et al., 2007).

The first robustly confirmed BMI locus was identified a year later when two independent GWAS discovered variants in the first intron of the FTO gene as being unequivocally associated with BMI (Frayling et al., 2007; Scuteri et al., 2007). The initial discovery of FTO did not, however, occur in a GWAS of BMI, but in a GWAS of type 2 diabetes. This study identified a common variant in the first intron of FTO to be strongly associated with type 2 diabetes by comparing 1924 diabetic patients and 2938 healthy individuals. Adjustment for BMI, however, abolished the association, suggesting that the association was mediated through increased adiposity (Frayling et al., 2007).