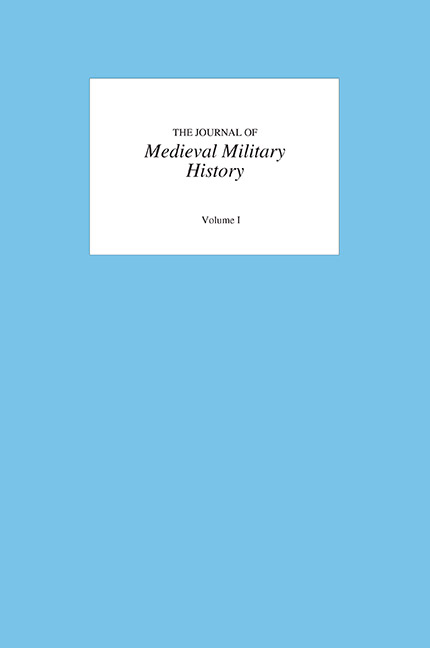 Both logistics and siege warfare are subjects whose significance in medieval military history has generated new and sometimes heated discussion in recent years. Of course sieges have long been studied, and their importance long acknowledged, but there is now an emerging recognition that they were also more typical of medieval warfare than surveys of the subject, with their emphasis on battles, have traditionally suggested. Logistical matters, on the other hand, have come into the spotlight relatively recently, as historians have attempted to examine the practicalities of medieval campaigning and to place the subject in a long-term context. One of the difficulties in studying the supplying of medieval armies, however, is lack of evidence. It is the intent of this article to help fill that gap by looking at the logistics of one particularly well-documented thirteenth-century episode, a crisis which resulted not only in a protracted siege but also in a de facto reordering of military priorities for the English government.

During the summer of 1224, in the midst of preparations to defend the English-held territory of Poitou against invasion by the king of France, an isolated rebellion and hostage situation suddenly required the English government to besiege Bedford Castle in the English midlands. The consequent shift in military concentration was criticized by the pope, among others, though it has sometimes been defended by historians: for while Bedford was taken, Poitou was lost. The events at Bedford are richly documented in narrative, epistolary, and record sources, thus allowing us to observe in unusual detail how this extended and successful siege was conducted. This article will explore the logistical dimensions of the siege of Bedford and then briefly re-examine the question of how well the royal government balanced its military responsibilities in these crucial summer months.

The background to this episode was complex and must be only briefly sketched here. At Christmas 1223, with papal approval, the sixteen-year-old English King Henry III (1216–1272) had assumed fuller royal powers; the decisions of government, however, were still almost entirely in the hands of his advisors, and most of all in the hands of the justiciar, Hubert de Burgh.