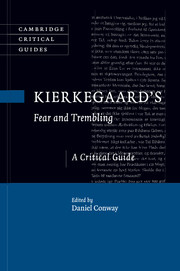 Søren Aabye Kierkegaard (1813–55) was both a central figure of Golden Age Denmark and a severe critic of its prevailing ethos. Although influential today for his diverse contributions to the fields of philosophy, theology, rhetoric, literary theory, and depth psychology, Kierkegaard was widely known in his own day as a provocative social critic. Decrying the deviation of contemporary Christendom from the seminal teachings of the Gospels, he famously resolved to “introduce Christianity into Christendom.” Especially in the final years of his life, Kierkegaard was unrelenting in his criticism of the Danish National Church, which, he believed, had fallen captive to the dispirited secularism that had come to pervade late modern European culture. By the time of his death in 1855, his attack on “the People’s Church” had made him a controversial and widely misunderstood figure.

Of course, Kierkegaard was also well known to his fellow Danes as a prolific author. Over the span of a relatively short writing career, he produced an impressive corpus, including a series of “upbuilding” Christian discourses published under his own signature and a parallel series of pseudonymous works. This latter series includes the books for which Kierkegaard is currently best known among students and scholars of philosophy, including Either/Or, (edited/compiled) by Victor Eremita (1843); Fear and Trembling, by Johannes de silentio (1843), Repetition, by Constantin Constantius (1843); The Concept of Anxiety, by Vigilius Haufniensis (1844); Philosophical Crumbs, by Johannes Climacus (1844); Stages On Life’s Way, (edited/compiled) by Hilarius Bolgbinder (1845); Concluding Unscientific Postscript, by Johannes Climacus (1846); The Sickness unto Death, by Anti-Climacus (1849); and Training in Christianity, also by Anti-Climacus (1850).