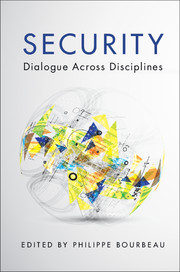 2 - Philosophy: The concepts of security, fear, liberty, and the state

Security language is opaque. When we hear or read the word “security” we are often left to guess at its precise meaning: at the epistemic and evaluative claims that are being made by the author or speaker. In part, the opacity of the word “security” is the result of a complex etymological history and a corresponding proliferation in contemporary definitions of what it means to be secure. Philosophical engagement with security promises to make clear the structure, content, hidden value commitments, and (potential) incoherence of the concept as it is used in other disciplines. From an explanatory perspective, precise definitions of security give scholars a standard to assess descriptive claims about the presence or absence of security and forge explanatory linkages between security and other concepts (such as power, domination, and justice). Normatively, philosophical engagement with security can help structure critiques of security policy, identifying the precise values at stake and the hidden moral commitments of particular policy approaches. Yet, by and large, this promise has gone unfulfilled. While security seems central to many moral and political problems, sustained examination of the concept by contemporary philosophers is rare.

In this chapter I seek to reignite philosophical interest in security by uncovering some of the ways in which the concept has been both understood and misunderstood. I begin by exploring the scarce historical understandings of security within the Western philosophical canon, from the Epicureans through Hobbes and on to contemporary political philosophy, identifying the key themes that arise within the literature. I then provide an account of the structure of the concept of security, which lays bare its relationship to contemporary debates on the distinction between “natural” and “social” threats, on the political significance of fear, and on the nature of rights. Finally, I identify four key problems in moral and political philosophy – the balance between state and individual security, between liberty and security; the status of moral principles during emergencies; and the trade-off between privacy and public safety – where a finer grained understanding of security can benefit normative theorizing.

The history of “security”

Contemporary usage of the term “security” includes an incredible diversity of meaning. It can denote a type of financial instrument, a psychological condition, systems of defense, a physical state of being, and much more besides.