The Journal of the Gilded Age and Progressive Era

Racial Violence in the West 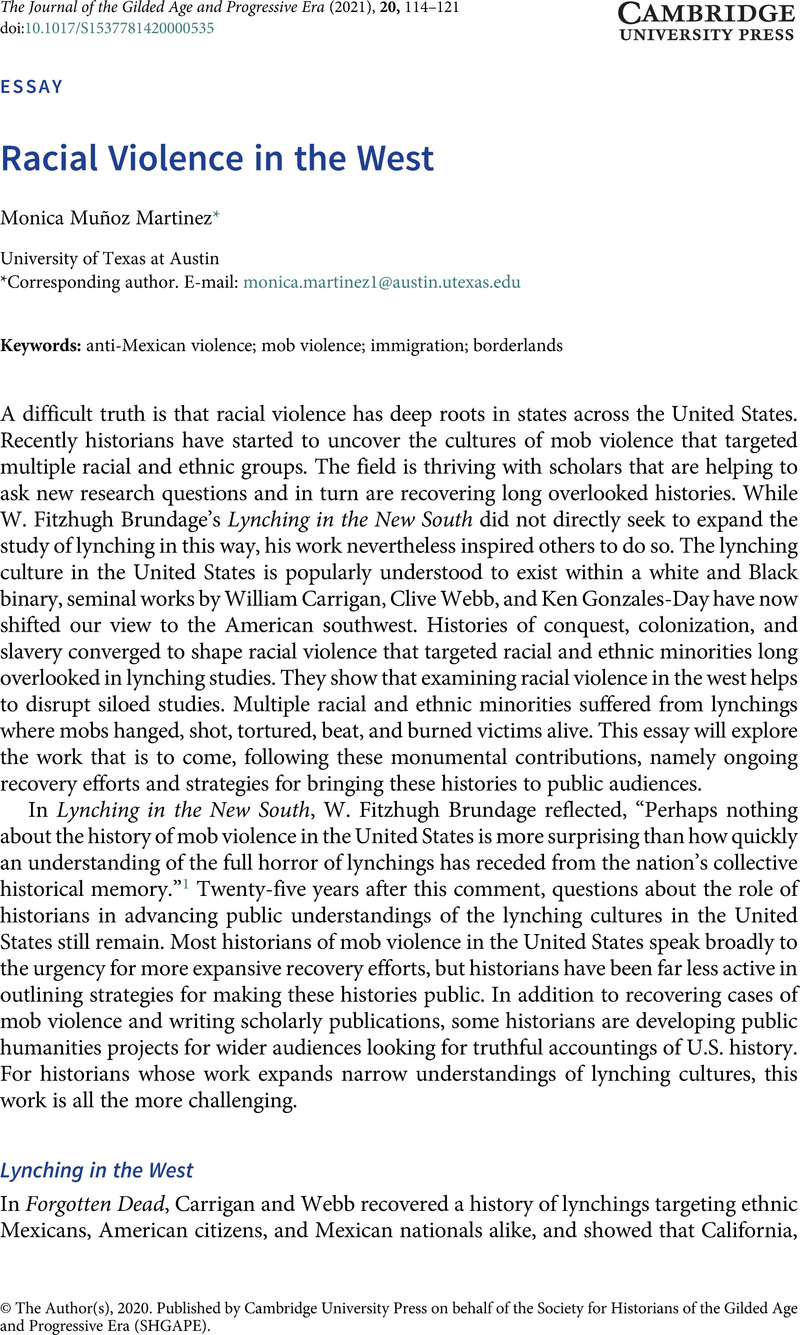 13 Carrigan and Webb argue that while law enforcement officers in the American South did participate in mob acts, the leadership of the state police in Texas, the Texas Rangers, played such a prominent role in extralegal executions between 1915 and 1919 that the violence was something altogether different. The Rangers were “the blunt instrument of Anglos” in an era that some described as a “race war.” Carrigan and Webb, Forgotten Dead, 84–86.

15 Williams, Kidada E., “Regarding the Aftermath of Lynchings,” Journal of American History 101:3 (2014): 857–58CrossRefGoogle Scholar. In his survey of the field of lynching in 2014, Michael J. Pfeifer suggested, “Scholars might best focus their efforts by keeping the experiences and responses of the victims of the racially motivated mob violence (including African Americans, Hispanics, and Native Americans) at the fore of their inquiry, whatever that inquiry’s central concerns.”

16 Beth Lew-Williams, “Memorializing African American lynching victims is past due. But it must be only a start.” Washington Post, May 13, 2018.

Racial Violence in the West
×

Racial Violence in the West
×

Racial Violence in the West
×
×