Journal of the Royal Asiatic Society 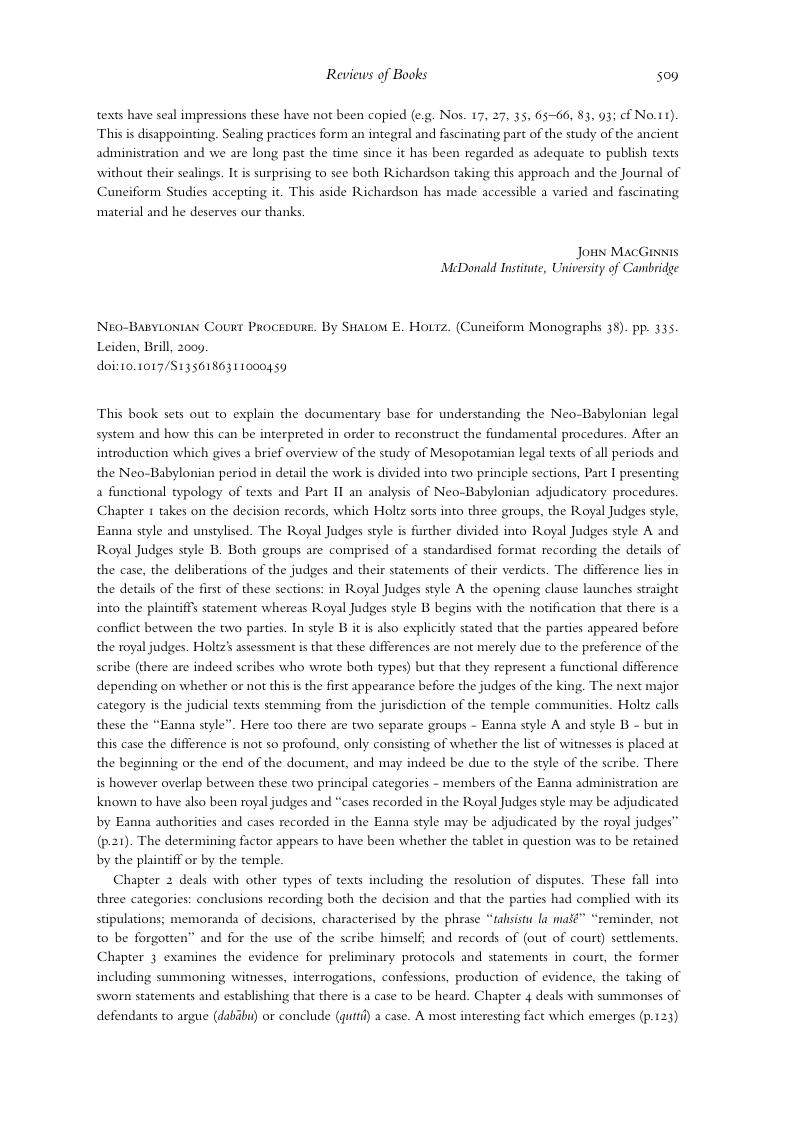 1 One trail to add to the list is the series of texts which give us an unusually complete record of a case in which a loan of silver went sour. In the aftermath of the three slaves awarded as compensation one made a claim - dismissed by a panel of judges - that he had been freed, while the other two were manumitted by adoption while the case was still ongoing, a manoeuvre which must have sailed close to the border between what was legal and illegal. See “The Manumission of a Royal Slave”, Acta Sumerologica 15 (1993).