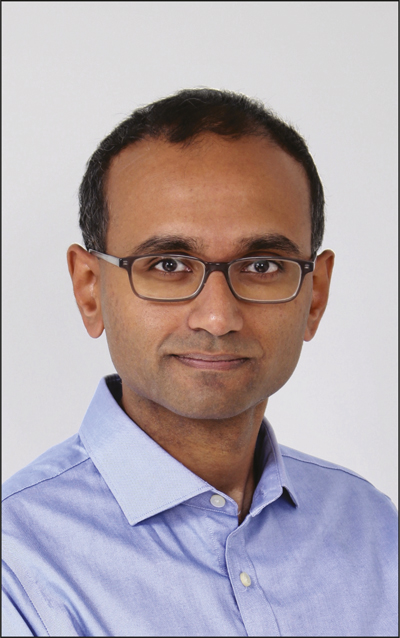 Aaswath Raman of UCLA’s Samueli School of Engineering, the inaugural winner of the MRS Nelson “Buck” Robinson Science and Technology Award for Renewable Energy, has developed materials that use the near-absolute-zero temperatures of outer space as a practical heatsink for cooling objects on Earth. If that sounds unbelievable, it turns out that desert dwellers have been using this phenomenon unknowingly for thousands of years to make ice when the ambient temperature is above the freezing point by leaving a shallow pool of water open to the night sky. “Radiative sky cooling” through a “window” in the Earth’s atmosphere in the infared wavelength range of 8–13 micrometers allows infrared thermal radiation to effectively escape into space. Raman has been exploring ways that nanophotonics might put this phenomenon to use on a larger, more practical scale to cool buildings and improve the efficiency of solar cells. His two-year-old startup company, SkyCool Systems, has already put radiative sky cooling to commercial use.

MRS BULLETIN: Congratulations on being the inaugural winner of the award. How did you feel when you were notified?

AASWATH RAMAN: I was certainly very honored. I know there are a lot of people working on different aspects of renewable energy, so it’s very humbling to have been chosen. The award is meant to recognize people who are relatively early in their career. I think that is important. In the big picture, the future of energy is a huge problem, and I don’t think we have nearly enough people working on it. The career pathways to working on this sort of research are not well understood by people who are in college, graduate school, or early in their careers. So recognizing and promoting careers in renewable energy research is something that is important, and this award will be very beneficial. 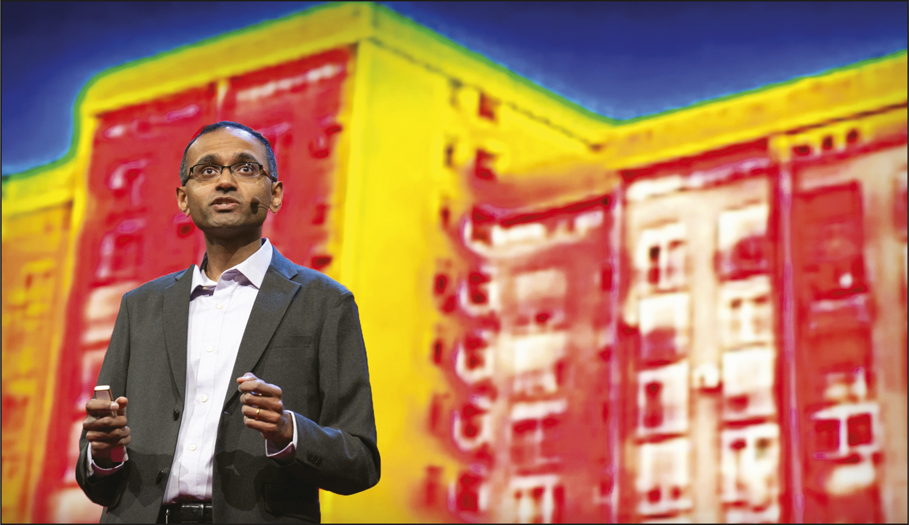 How did you go from your research in nanophotonics to exploring practical ways of using the freezing temperatures of outer space as a practical heatsink for cooling objects on Earth?

Early on in graduate school, I became interested in climate change and identifying energy solutions to the specific challenges we face in terms of carbon emissions. My research initially explored using ideas from optics and nanophotonics to enhance the absorption of light in solar cells.

Toward the end of my PhD, I was trying to decide what I wanted to do, and a lab mate and I came across an idea in some old academic papers, a concept called “radiative sky cooling.” It was intriguing and seemed almost too good to be true—that you could get this kind of free cooling for nothing. Humans likely first observed it by just leaving water outside at night.

I was curious as to why it had never emerged as a technology and why there were so few research papers on the subject. There are literally maybe two or three dozen papers over several decades, which is remarkably little if you think about it. So my initial motivation lay in trying to figure out why this was not an active area of research, and what problems lay with the technology as we understood it in 2012.

But I was really blown away when I started looking into how much energy we use in air-conditioning and refrigeration systems, and projections for future usage. Those were facts that I was frankly not aware of until I started working on all this, and I think that really motivated my desire to see if this could be a technology that could be realized.

What are some of the facts that concerned you?

Seventeen percent of all global electricity is used for cooling across all scales, from residential to industrial. Energy consumed for cooling produces 8% of global greenhouse gases. But the thing that concerns me the most is the expected growth of cooling. Energy for cooling is expected to grow sixfold by 2050, which is only 32 years away.

The more insidious thing is that as the planet gets warmer, we’re going to need more air conditioning, and the air conditioners become less efficient when the ambient temperature increases. In fact, every energy process gets less efficient when it is hotter outside, including solar cells. If global average temperatures go up, the average efficiency of all our energy-conversion processes will go down. That’s something I’m not sure people have grasped so far.

What materials challenges did you face in trying to make radiative sky cooling practical?

Well, the first challenge was that you need cooling most during the day, and radiative sky cooling wasn’t working during the day because the sun overpowers the heat that gets rejected as thermal radiation through the transmission window in the atmosphere. My background in thinking about how materials interact with light in the context of nanomaterials or metamaterials played a big part in realizing there was something we could do about this problem. The key was to develop materials that exhibit very different properties when interacting with different parts of the electromagnetic spectrum: (1) over solar wavelengths, it had to be a very good mirror and (2) at the IR parts of the spectrum associated with thermal radiation, it had to be very good at emitting heat. Ideally, it would emit heat precisely at the 8–13 micro-meter atmospheric window.

How did you approach research on such a material?

There is a rich history of creating both nanostructured and multilayered optical films for many applications. In our case, however, we had a unique set of properties we were trying to generate. Achieving these properties required understanding the intrinsic properties of materials we were using—hafnium dioxide (HfO2) and silicon dioxide (SiO2) in the case of our first demonstration—and engineering and optimizing their thicknesses in a multilayer film to maximize solar reflectance while also displaying the selective thermal emissivity. For solar reflectance, we used a base layer of silver—probably the best metallic reflector for the solar spectrum. A sandwich consisting of two layers of SiO2 surrounding one of HfO2, which are high- and low-refractive-index materials, respectively, have the reflective properties of a dielectric mirror, and crucially we were also able to produce selective thermal emissivity. The proof-of-concept material we fabricated was a 1.8-micron-thick film of Ag and SiO2/HfO2/SiO2 on a Si substrate.

As a solar cell heats up, it becomes less efficient. Since the top surface, typically the glass in the solar module, is pointed toward the sky, it should be radiating heat through the atmospheric window. By improving the ability of that glass to radiate heat while still allowing the same amount of sunlight to reach the underlying solar cell, you can keep that solar cell at a lower temperature by this radiative cooling mechanism. We initially showed a way of doing this by etching holes in a photonic crystal-like pattern. These micron-scale features improve the thermal emissivity of SiO2 or glass at the IR wavelengths of the atmosphere’s transmission window by providing a smooth transition between the air and the glass. It’s like an antireflection coating in the opposite direction.

What is your approach to making radiative sky cooling commercially viable?

We started a company called SkyCool Systems a little over two years ago. Our commercialization efforts are focused on trying to understand and meet cooling needs in a much more practical way. We’ve honed in on opportunities for radiative cooling to save substantial amounts of energy today, and demonstrated that it is economically viable. To do that, we showed for the first time that you can directly improve the efficiency of today’s conventional vapor-compression cooling systems. We achieved this by building large-scale panels for water cooling—or fluid cooling generally. Our product is kind of the analogue of a solar water heater, except we use our thin multilayer films to cool water by exposing the panels to the sky. In field trials, we deployed arrays of panels on the 20-square-meter scale (approximately 20 kW of total heat rejection capacity) and showed that we could passively cool water or a similar fluid well below the air temperature in a closed loop using this mechanism. More importantly, we were then able to demonstrate that by connecting our panels to off-the-shelf refrigeration or air-conditioning systems, we could improve their operating effi-ciency by 10–20%.

What does the future of radiative sky cooling look like to you?

I think on the research side, there are two really exciting opportunities. First, this research shows that there’s a huge untapped opportunity in thinking about how materials interact with room-temperature thermal radiation. For the most part, it’s something we take for granted. From a practical point of view, if you actually want to use this as a technology, you have to develop materials that are low cost and scalable, because you might want to cover large areas associated with buildings and other sources of this ubiquitous mode of heat transfer.

The second thing is that we should passively be able to get as much as 100°C below air temperature using radiative sky cooling! In the long term, there are a lot of possibilities, if you are able to get substantially below the air temperature consistently in this passive way. There are fundamental scientific challenges to be overcome of course, but there are also a lot of very interesting technological possibilities that improved capabilities might enable in terms of both energy and, more generally, resource conservation. I’m extremely excited about what all of this might mean.

Tim Palucka is a science writer and editor in Pittsburgh, Pa.