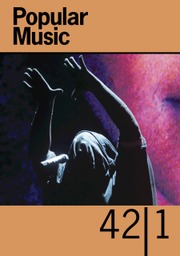 the critical karaoke project was a specific response to the endless parade of polls, lists and casual questions about ‘the greatest songs of all time’ – particularly to how that measure seems mismatched to pop, which bets everything on transitory pleasures, intensities, its own evanescence. a number of critics, scholars, poets and musicians were invited to the experience music project's annual pop conference in seattle, in the spring of 2004, to talk about any one song of their choosing, without making a case for its lasting worth, or cultural importance, truth, beauty, or any of the other high art values. they just had to take a song they had believed, once, for a minute or a decade, was the greatest song ever … and give an account of why they thought that, or how it felt to believe. one of the dreams was to ask for criticism under the sign of the top 40, not the canon. the other was to hear talented writers tell stories about songs, as they appeared in their daily lives. the trick was that all the participants were asked to tell their story in the span of time it took to listen to the song they had chosen – with the song playing behind them.