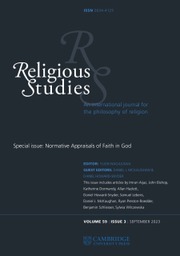 On traditional theism, God is not only a creator but also a conserver. The doctrine of conservation, however, appears to face a dilemma. Either conservation is continuous re-creation with consequences inimical to diachronic identity, or conservation is an operation upon a pre-existent entity, which, because it is pre-existent, is in no clear need of conservation. This article first makes a case for the dilemma, and then proposes a way between its horns. Safe passage is possible if we adopt presentist four-dimensionalism, i.e. the conjunction of presentism, according to which temporally present items alone exist, and four-dimensionalism, the doctrine that individuals are not continuants but wholes of temporal parts.