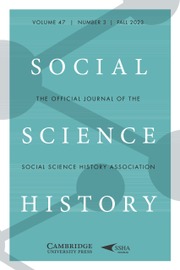 A Historical Geography of Retailing in London, Canada

The economies of modern cities are dependent on an advanced retail system; so too are the people who inhabit them. The origin and evolution of retailing in London, Canada, was studied using a historical geographic information system (GIS) to document the relationship between a city and its retail sector. Visualization and spatial-statistical techniques afforded by the historical GIS were implemented to study change over time. The locations of retailers and the types of the goods they sold were examined for four periods in the city’s early history: 1844, 1863, 1881, and 1916. The distances traveled to shop were also calculated for a variety of goods. The results indicate that the retail system was ingrained in the development of the city, showing marked locational patterns and a high degree of rationality in the shopkeepers' business strategies. Mapping the retail landscape in each era using historical GIS allowed for the examination of the relationship between retail and residential development in the growing city. While the downtown area remained the primary retail district for the city, considerable retail expansion also occurred at the urban periphery during this early stage of the city's development.