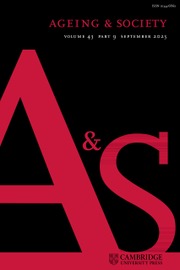 Housing and care for older people: life in an English purpose-built retirement village

Retirement communities are a relatively new long-term accommodation and care option in the United Kingdom. Policy makers and providers endorse the proposition that they are suited for the accommodation of both ‘fit’ and ‘frail’ older people, although comparatively little is known about what it is actually like to live in such communities, about whether they cater adequately for older people with a wide spectrum of needs and abilities, or if they provide acceptable solutions to older people's housing or care needs. This paper addresses these questions by reporting the findings of an independently funded three-year study of a new retirement village, Berryhill, in the north Midlands of England. The paper examines the background to this and similar developments, details how the study was carried out, and then examines what it was like to live at Berryhill. It focuses on the housing and care aspects, and explores the residents' motivations for moving to the village; their views about the accommodation; and their use of and satisfaction with the social and leisure amenities. The health and care needs of residents and the formal and informal supports are also featured. The conclusion discusses whether the village can truly be a ‘home for life’ in the face of increasing frailty, and whether or not these new models of accommodation and care can indeed cater for both ‘fit’ and ‘frail’ older people.

Housing and care for older people: life in an English purpose-built retirement village
×

Housing and care for older people: life in an English purpose-built retirement village
×

Housing and care for older people: life in an English purpose-built retirement village
×
×