Advances in the Economic Analysis of Food System Drivers and Effects 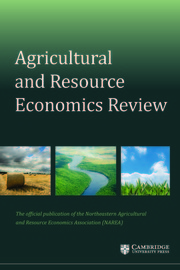