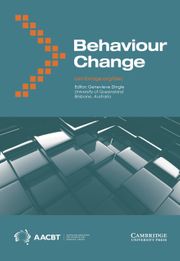 The Effect of Chocolate on the Behaviour of Preschool Children

Despite the popular belief that chocolate adversely affects young children's behaviour, there have been no direct investigations into the behavioural response to chocolate consumption. This study investigated the effect of chocolate ingestion on the behaviour of 26 preschool children. Dried fruit was consumed in a separate condition to control for nonspecific factors, such as excitement and novelty, associated with the effects of receiving positive substances. Children were observed while they listened to a short story, immediately before and 30 minutes after they ate chocolate or fruit. The children's behaviours were videotaped and scored by two blind raters who coded their behaviours according to six objective and two subjective measures. There were no significant behavioural changes due to consumption of either chocolate or fruit on subjective and objective ratings. These findings raise questions about the popular perception that chocolate promotes poor attention and increased activity in preschool children.

The Effect of Chocolate on the Behaviour of Preschool Children
×

The Effect of Chocolate on the Behaviour of Preschool Children
×

The Effect of Chocolate on the Behaviour of Preschool Children
×
×