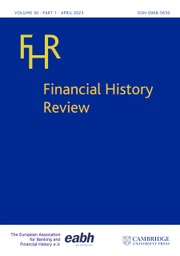 In the classical monetary debates, the Banking School held that notes would be equally demand-elastic whether supplied by many issuers or a single one. The Free Banking School held that notes would be less demand-elastic if supplied by a single issuer. These assertions have rarely, if ever, been subject to more stringent statistical testing. In this study the elastic properties of the note stock of the Swedish note banking system in 1880–95 is compared with those of the regime in 1904–13, when the Bank of Sweden held a note monopoly. Evidence suggests that notes did not become less elastic after monopolisation, thus lending support to the views of the Banking School.