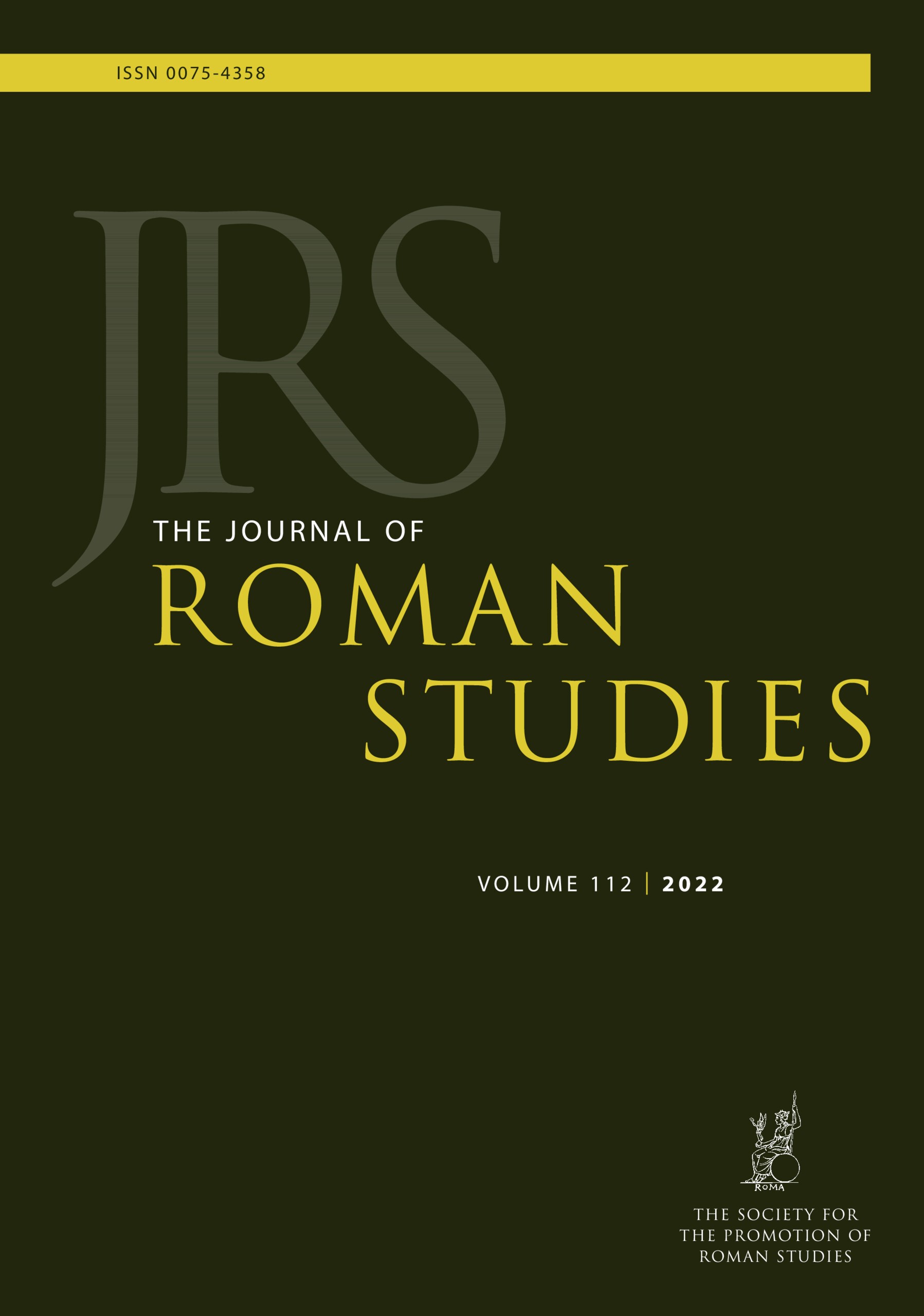 The four inscriptions from Roman Cyrene published below, illustrate aspects of the city's life in the first, the later second and the early fifth centuries A.D. Taken together they suggest that there may be a case for modification of theories that Cyrene was declining throughout the Roman period, whether gently from the Augustan period or sharply after the Jewish Revolt of 115, to be moribund by the end of the fourth century.

1 From a collection of inscriptions of Roman Cyrenaica made in collaboration with R. G. Goodchild. Mr. Goodchild's help has been basic and many of the points offered here are the result of discussion with him. I have also had valuable advice from Professor R. Syme on the senators, Dr. S. Weinstock and Mr. J. Chadwick on the καλλιέτης and Professor D. L. Page on the meaning of Synesius, Ep. 93. The texts, with the exception of that on the newly-discovered face (a) of no. 3, were the subject of a paper read to the Oxford Philological Society in November, 1958.

4 One block, but probably no more, is missing— perhaps destroyed in a lime-kiln in late antiquity.

9 An inscription from one face of this stone was published by S. Ferri, see SEG IX, 189.

10 A crowning moulding, probably uninscribed, may be lost above, since there are cramp-holes on the upper surfaces of the stones; and perhaps another block below, since there is very little room for a cognomen and none for a title in the last line of the inscription.

11 In fact the priest named here for 106 reappears in SEG IX, 101 as priest in the year of the capture of Decebalus.

12 They are approximately centred and cut neatly but very much smaller than the letters above and below them. Re-examination of the stone shows that it is most improbable that they are survivors of an earlier text, as I originally thought.

13 The cognomina in ll. 2 and 4 are Cyrenaean favourites that fit well into the space available.

14 Oliverio must have intended to restore this here, since he included it in the restored titles of Optatus in Africa Italiana 11 (1928), 113Google Scholar = SEG IX, 101. For the meaning, see especially Robert, L., Hellenica 1 (1940), 11 ffGoogle Scholar. and 11 (1946), 142 ff., discussing its appearance in formal contexts as in SEG IX, 173, perhaps also 186 (although this may be no more than a graffito) and in an unpublished list of priests from the front face of the stele partly published here. Since the last text is dated either in 178 ((ἔτους) σθ᾿ , Ἀντωνείνου τοῦ Κυρίου = 209 of the Actian era, in the reign of Antoninus (or, more probably, in 169 ((ἔτους) σ᾿ , θ´ Ἀντωνείνου τοῦ κυρίου = 200 of the Actian era, 9th year of Antoninus), and not, as he believed, in 209, his argument for a connection between the title and Roman successes can hardly stand, for neither year was marked by any notable victory. Outside Cyrene the only occurrence of the word seems to be in Etym. Magn. 435, 42 where it is cited in the form καλοέτης but without a note on its meaning. If it is a compound in -ετης, its second element should derive from ἔτος, and the reference is presumably to something felicitous in local rite or history. A subsidiary puzzle is its appearance, possibly in an informal sense, in the phrase ὁ ἀληθῶς καλλιέτης; see Barnett, R. D., JHS LXXVII (1957), 303Google Scholar.

16 Antony garrisoned Cyrenaica (Plut. V. Ant. 69); Sestii are attested there under Augustus (SEG IX, 551) and may, therefore, derive from Republican enfranchisements—L. Sestius, son of P. Sestius, trib. pl. in 56 B.C., was quaestor to Brutus in 43 (perhaps already in 44) and Crete and Cyrene were allocated to Brutus and Cassius in 44 (Appian, Bell. Civ. in, 8 and Plut. V. Brut. 19), as connection suggested to me by Prof. Syme; a number of Ti. Claudii, almost certainly beneficiaries of Claudius, appear in unpublished inscriptions listing priests from A.D. 54 to 61.

17 Tac. Hist. IV, 45. For the identification see P-W II, col. 2618, no. 57 and PIR 2 A 831. Since an Antonius Flamma appears already at Cyrene as father of the eponymous priest of A.D. 56 (unpublished text), Groag's suggestion that the Cyrenaean may derive his name from the delinquent governor is untenable. And a senator of Greek origin under Nero is by no means incredible, see Syme, R., Tacitus (Oxford, 1958), 509Google Scholar, n. 4.

18 Cf. Walton, C. S., JRS XIX (1929), 60 ff.Google Scholar; four M. Antonii are attested as priests in the second half of the first century A.D. (IGRR 1, 1029 and unpublished texts) and an Antonia, priestess of Artemis, feasted the παρθένοι of the city and its χώρα in the first decade of the second (IGRR 1, 1037). Which emperor promoted Pollio is hard to decide. He had held a praetorian post by III and so could just have owed his career to Trajan; but by III he should have been not less than 50 years of age, if the Hellenistic requirements for eponymous priests of Apollo still held (SEG IX, 1 §3), so that perhaps Domitian is to be preferred.

22 Amm. Marc, XXVI, 6, 15. His remark would be explicable if he wrote soon, after the earthquake (probably that of A.D. 365), whose disastrous effects can be seen all over the site.