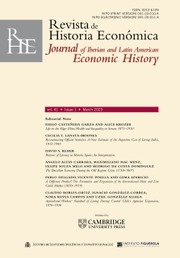 We analyse the possible optimality of the path followed by the current account of the Spanish economy over a very long period of almost 170 years (1850-2016), according to the intertemporal approach to the current account and using a present-value model. In particular, from the estimation of a bivariate vector autoregression model for the current account, we attempt to assess the extent to which the latter has been used to smooth private consumption over time in the presence of temporary shocks that the economy might suffer. In general, evidence does not seem to be particularly favourable to the validity of the model over the period of analysis.