Theatre and the Arab Spring 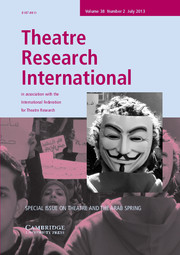